After examination by the Centre for Certification Institute of Mechanized Construction and Rock Mining products produced by bitumen mastic production plant in Krasnik, the company WOD-BUD Sp. z o.o. received on 14 May 2015 Certificate of Factory Production Control. 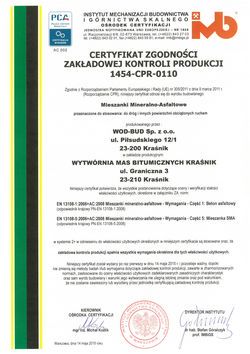 WOD-BUD Sp. z o.o. was also awarded in the “JAKOŚĆ ROKU 2007” (QUALITY OF THE YEAR 2007) competition, in the services category, organised by the “Biznes Raport” (Business Report) magazine. The principal selection criterion refers to the quality management approach. The choice of winners reflects, among other things, the implemented ISO quality systems. Enterprises are assessed by the Polish Centre for Research and Certification, which guarantees the high level and professional evaluation of the participants.

In 2009 we received the title of “THE FORBES DIAMONDS 2009” in the ranking of the most valuable companies operating on the Polish market. The list of awardees included companies which had dynamically expanded their value in the preceding three years. The FORBES DIAMONDS list is developed on the basis of the Swiss method of company value assessment. It takes into account both the financial results and asset value of particular companies.

Our company also became the leader of the Family-Owned Companies 2011 ranking in the Lubelskie Province, in the category of medium-sized enterprises, i.e. employing 50-200 people, organised by Newsweek Poland. The ranking is aimed at selecting the most dynamic Polish family-owned companies that are not only profit-driven but also attentive to a friendly working environment, ensuring the stability of both the company and its staff. 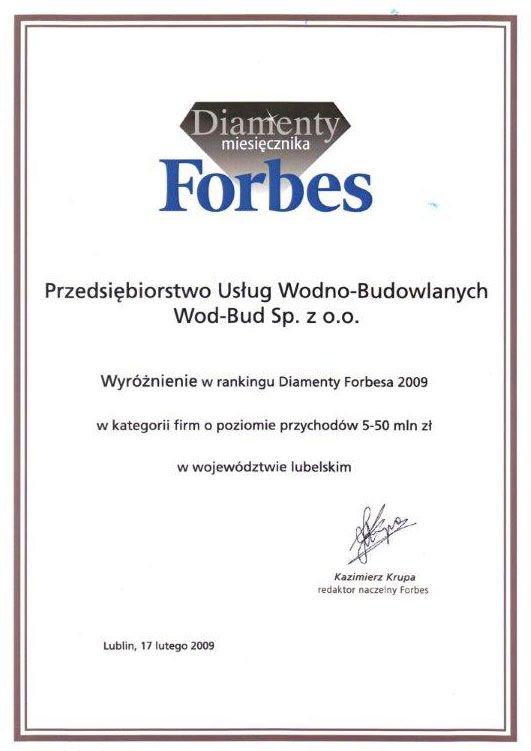 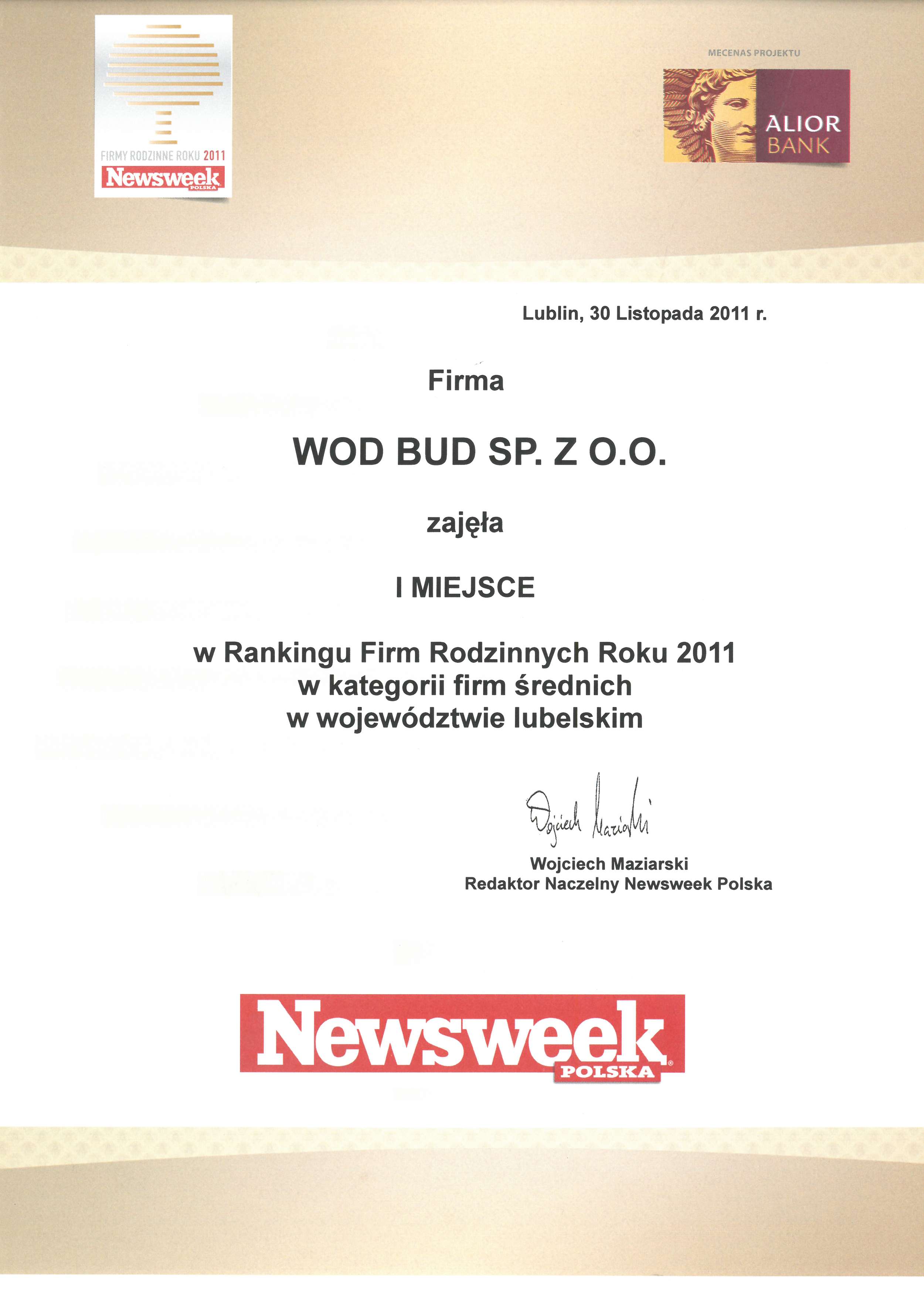 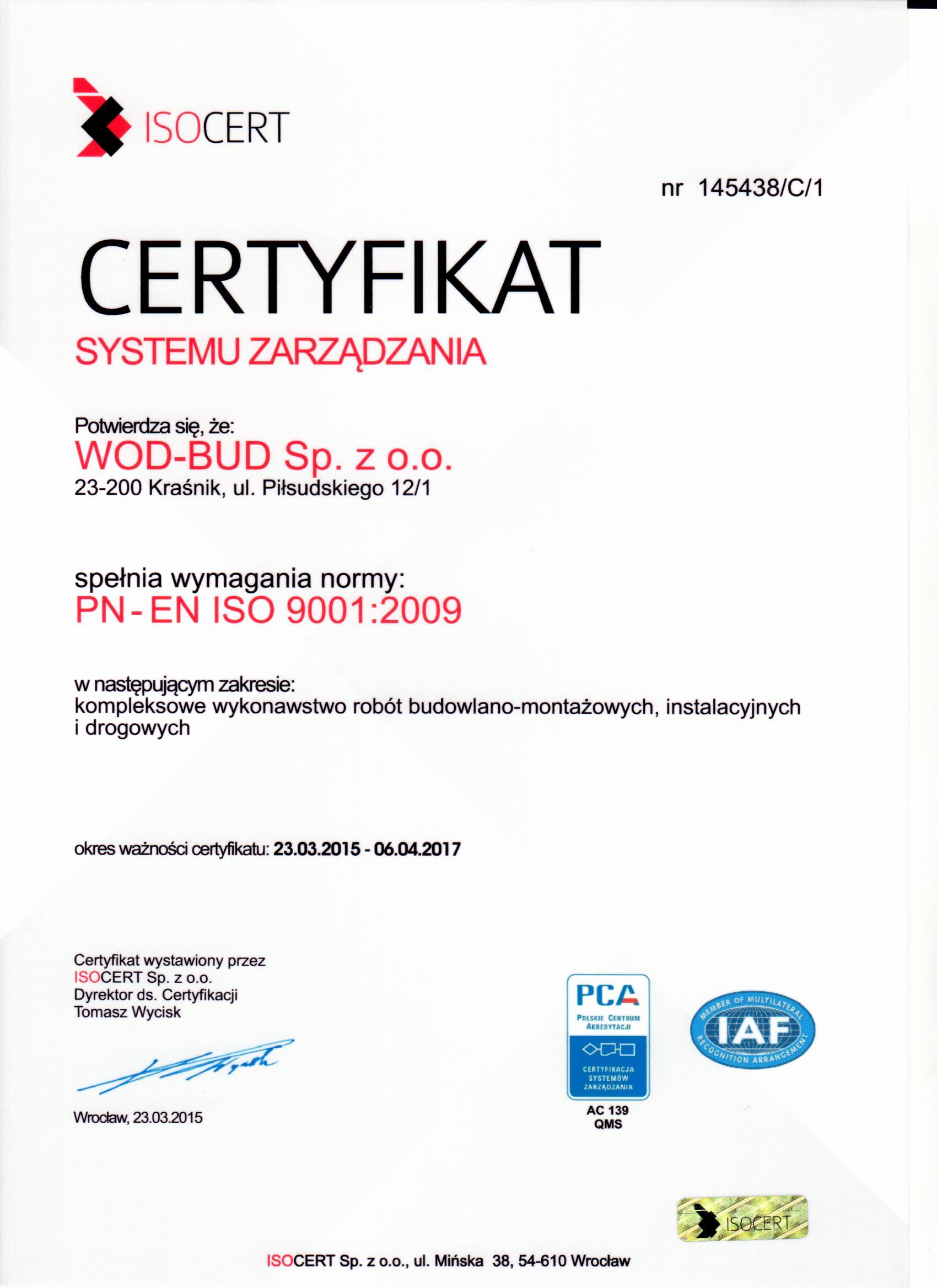 The company was awarded with the GAZELA BIZNESU (Business Gazelle) certificates for six years in a row: 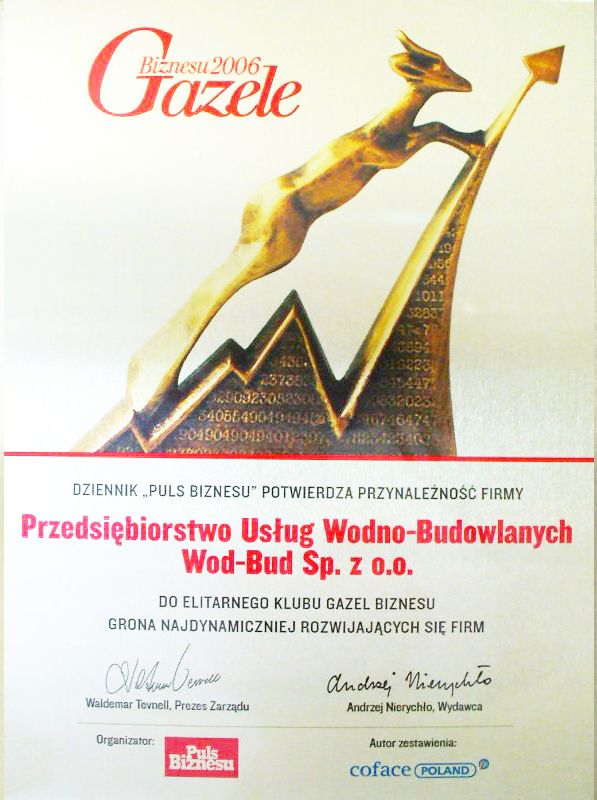 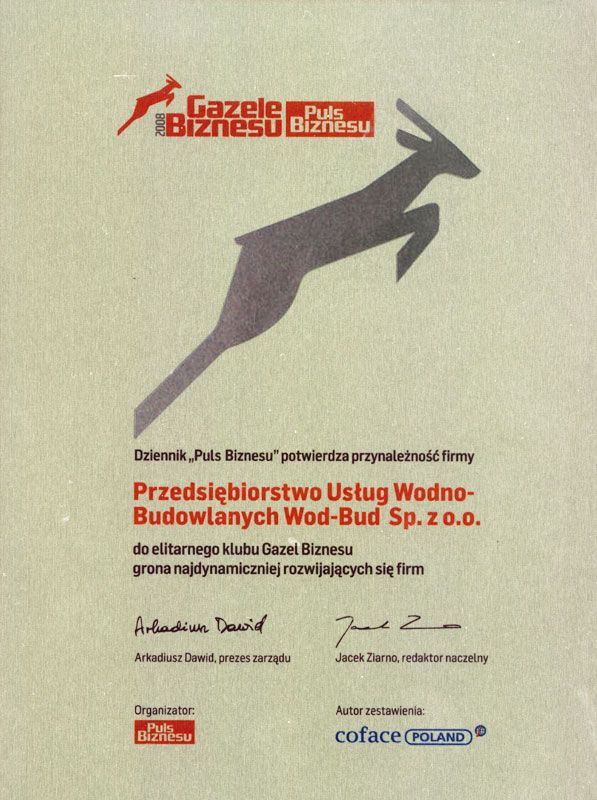 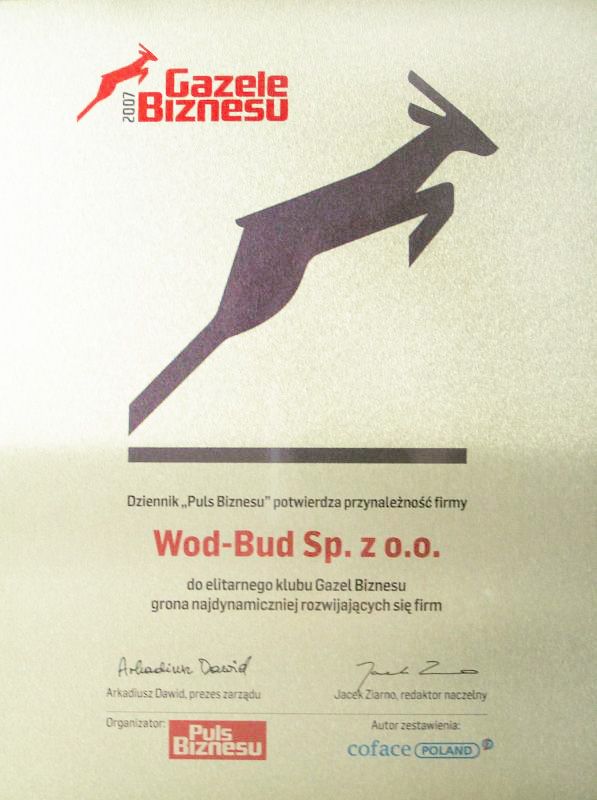 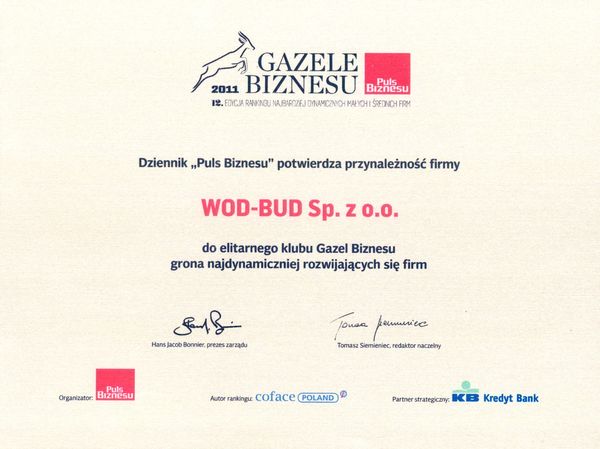 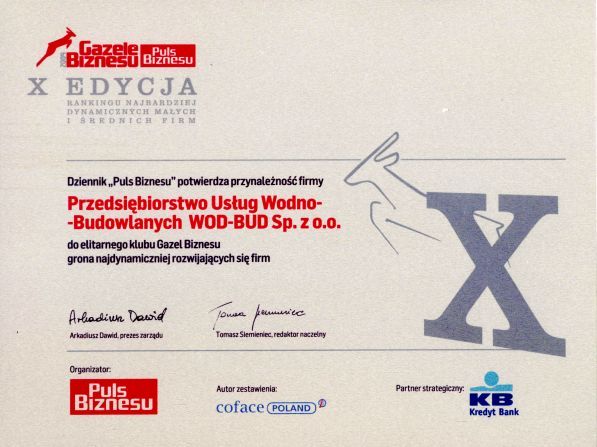 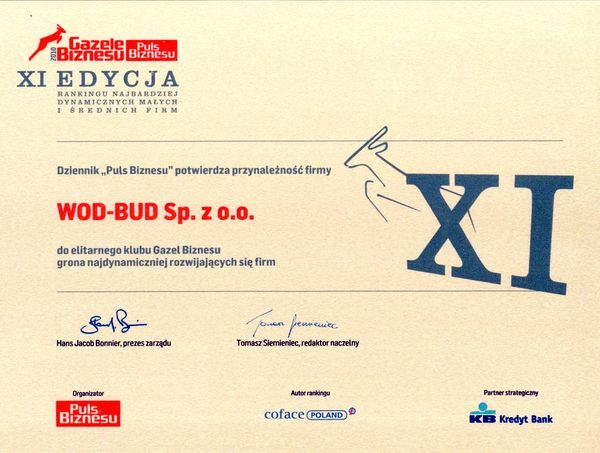 81 825 26 05 sekretariat@wod-bud.com.pl
Design and implementation
This site uses cookies to provide services at the highest level. By continuing to use the site, you agree to their use.AgreeMore