Jupi! National Festival of Positive Songs in Kraśnik was held on 28 August, Saturday. The event was organised by the Centre for Culture and Promotion in Kraśnik, with the Almert.pl Frederic Almert Advertising Agency as the event partner and initiator, and the Kraśnik District as the co-organiser. 35 contestants from all over the country – beginner vocalists representing various age categories – appeared on the stage of the Centre for Culture and Promotion in Kraśnik. Their performances were rated by a jury composed of Urszula Lewartowicz, Rafał Konieczny, Ireneusz Muszyński and Tomasz Bidiuk. The Grand Prix award went to Natalia Bęben. The winner received PLN 1000, a songwriter session and a statuette from M-PRODUCTION.

WOD-BUD ‒ a company which, in pursuing its business activities, recognises the need to support the development of the local community and the protection of national cultural heritage ‒ was one of the event sponsors. The company provides support through various forms of sponsorship in the fields of sport, culture and science, and through active cooperation with local authorities, scientific and artistic circles, social institutions, and business organisations. 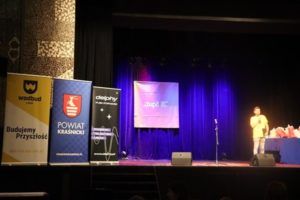 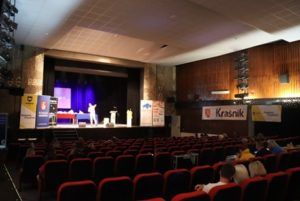